History of Team USO at the Boston Marathon® 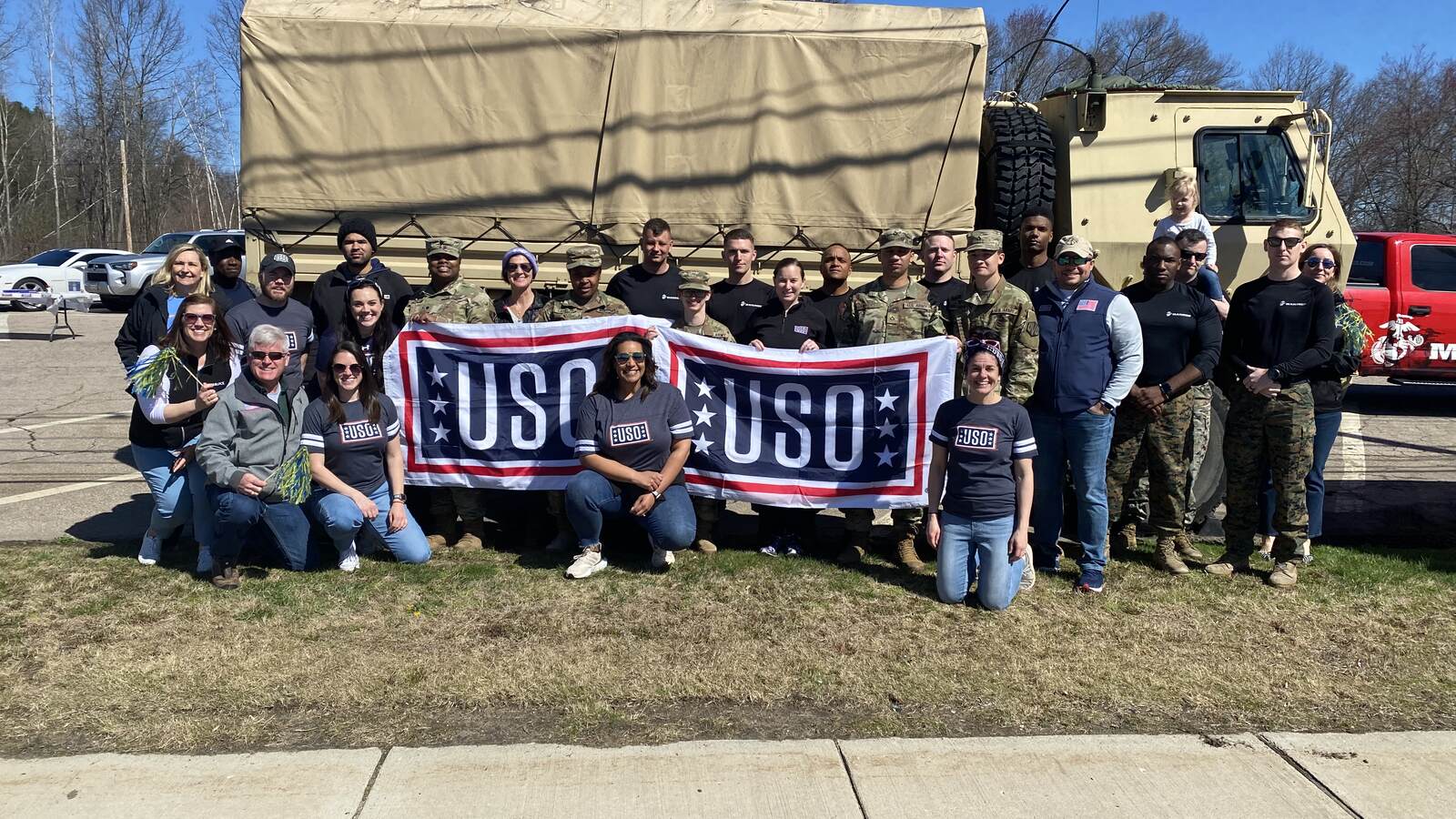 The iconic Boston Marathon® is one of the best-known marathons in the world that draws 30,000 runners and more than 500,000 spectators annually. The Boston Marathon was first run in 1897 and was inspired by the marathon returning to the 1896 Olympics in Athens, Greece. Over its long history, the marathon has become one of New England’s most widely viewed sporting events and a staple event for the USO. 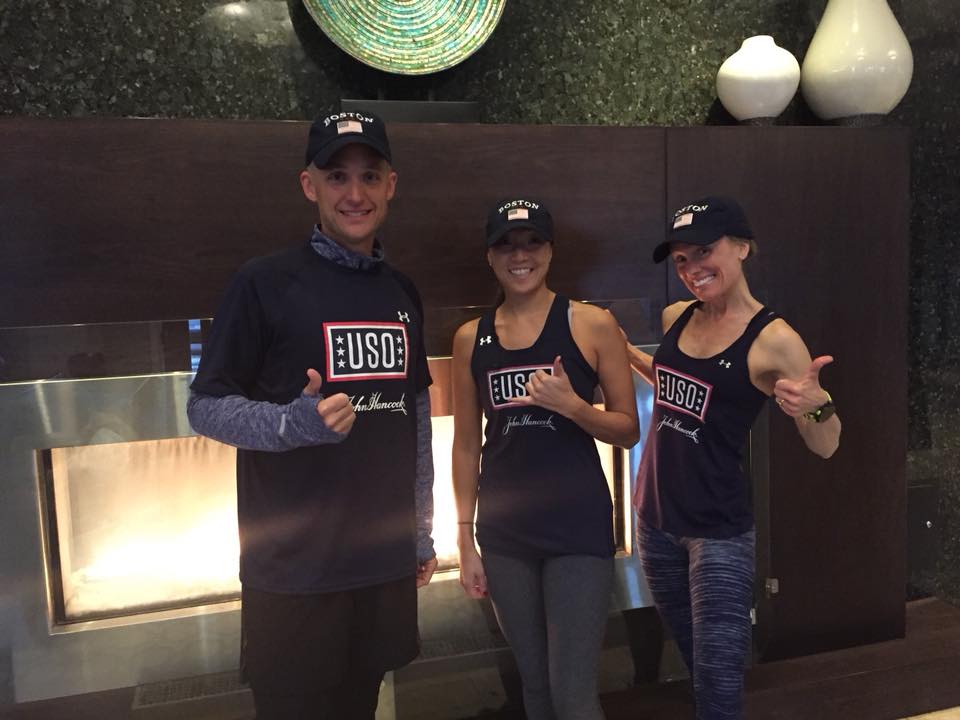 Team USO ready to debut in the 2018 Boston Marathon

Team USO debuted in the 2018 Boston Marathon with three runners – two service members and an Army spouse. They braved freezing winds and unyielding rain to complete the 26.2-mile course, showing great strength and commitment. Through their fundraising efforts, Team USO raked in more than $70,000 to further the organization’s mission of keeping service members connected to family, home and country. Due to the resounding success, the USO made the easy decision to field a team of dedicated runners each year moving forward. 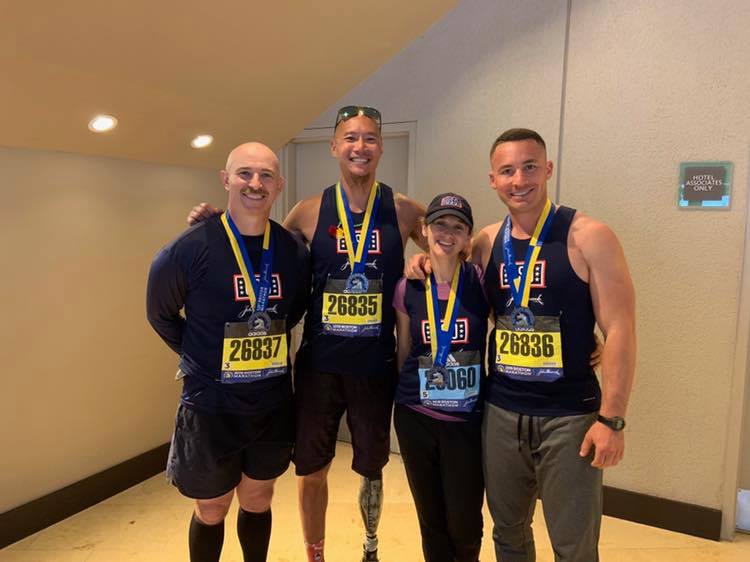 In 2019, Team USO expanded to include four runners – a Paralympic Gold Medalist and Army veteran, a Navy commander, and a Marine Corps major and his spouse. Collectively they raised $60,000 and made the USO proud by showcasing their fortitude on and off the course.

The marathon became a virtual event in 2020 due to COVID allowing the USO to open the race to anyone who wanted to “Run. Have fun. And do good.” Nearly $50,000 was raised by generous donors and USO supporters. 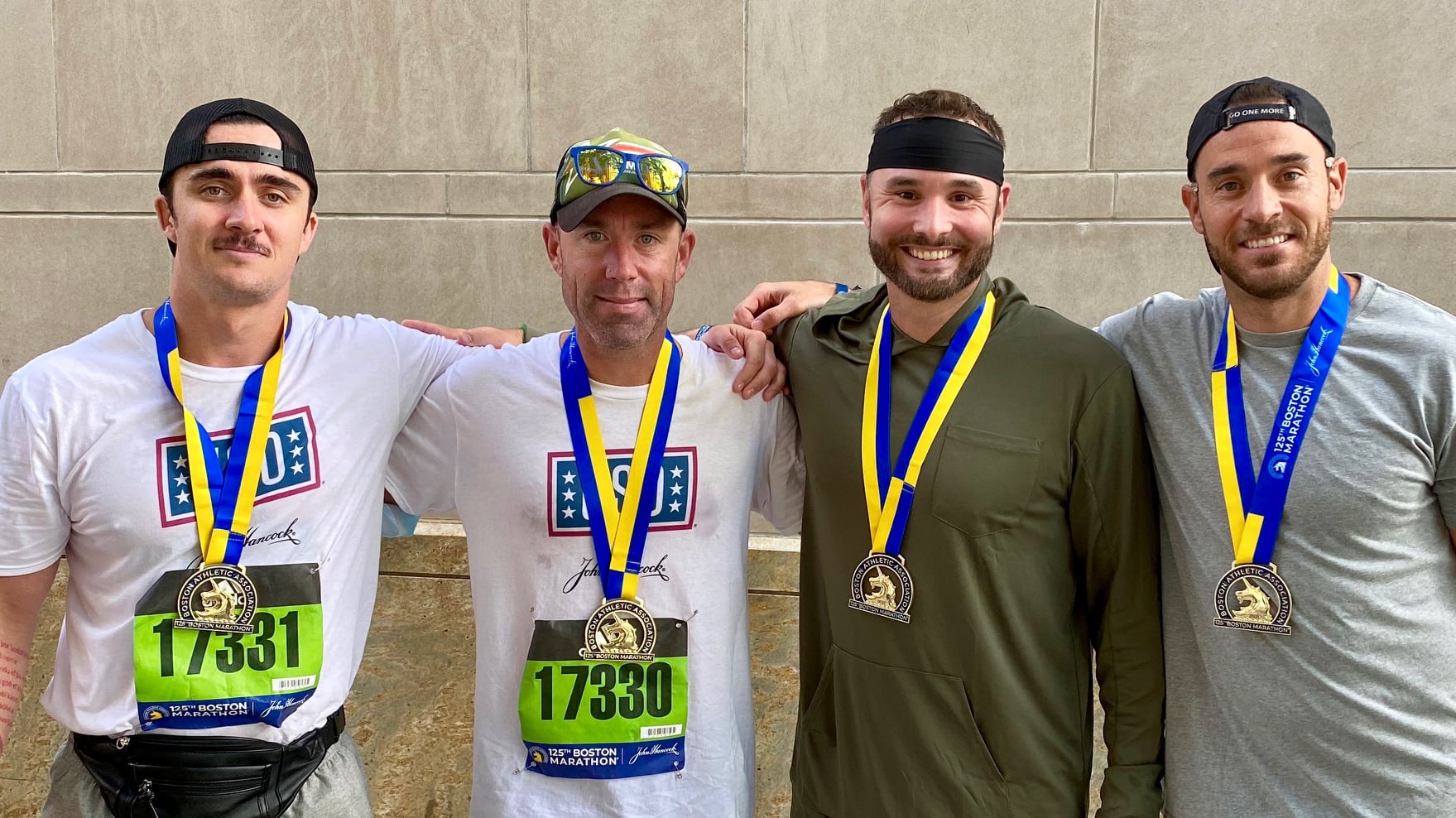 The 2021 Boston Marathon saw Team USO back at the starting line in Hopkinton, Mass. donning their USO-branded uniforms. The USO was lucky enough to have members of the veteran-led We Are The Mighty join the team, along with two active-duty service members.

Air Force veteran and We Are The Mighty president Mark Harper said, “The opportunity to support such an incredible organization so dear to the military community was simply something I couldn’t pass up.” 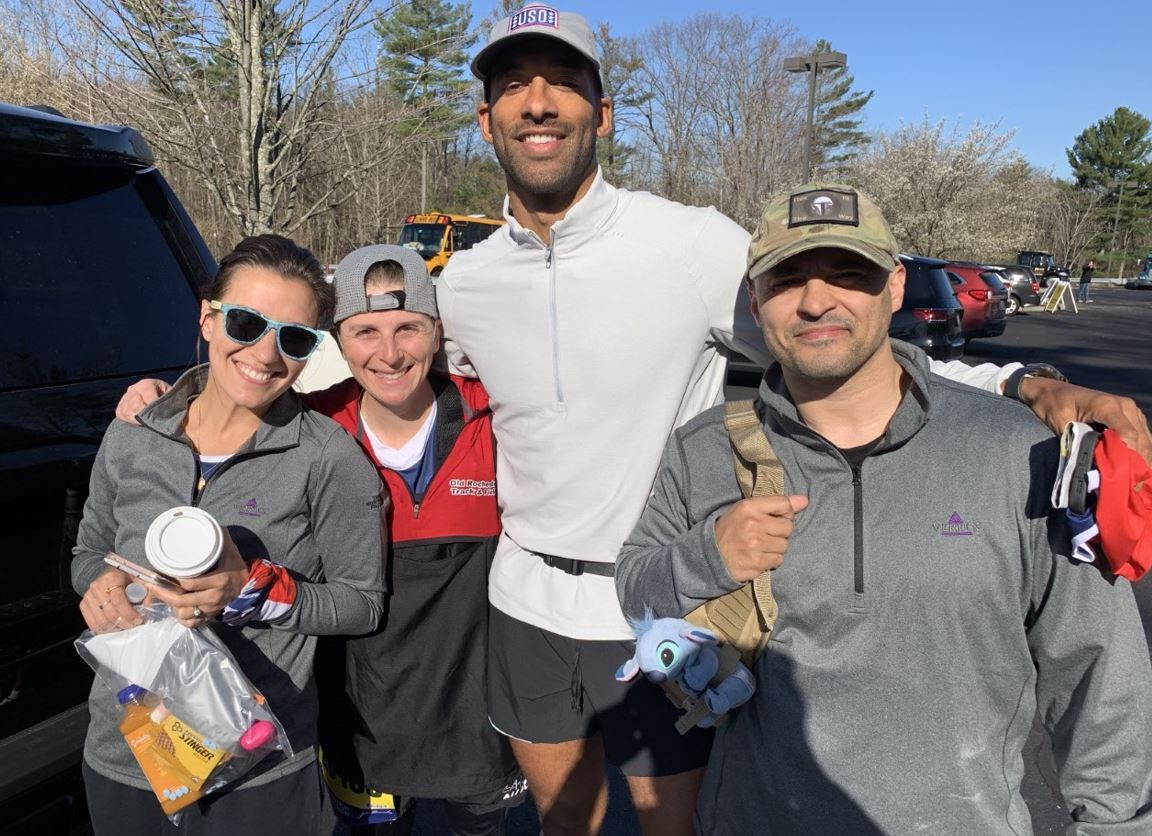 Last year, the USO exceeded its goal of $100,000 raised. The team was championed by “The Bachelor” alum Matt James, a military spouse whose husband was deployed, an Army Reservist and an Army medical recruiter.

Team USO for the 2023 marathon was announced recently and includes an Army veteran, an active-duty Navy service member, a USO volunteer and a staunch military supporter. Once again, the team is looking to raise $100,000 to support the USO’s mission. Training and fundraising are well underway for the four runners who are gearing up for a hard-earned achievement on April 17, 2023.

“I am representing Team USO because I truly believe in the mission to strengthen America’s service members by keeping them connected and grounded to home regardless of their physical location,” said USO volunteer and Team USO runner Allison Hayes. “I have seen the direct impact that the USO has made on people both through my volunteer work at the USO (Submarine Base New London) and personally via friends and family.” 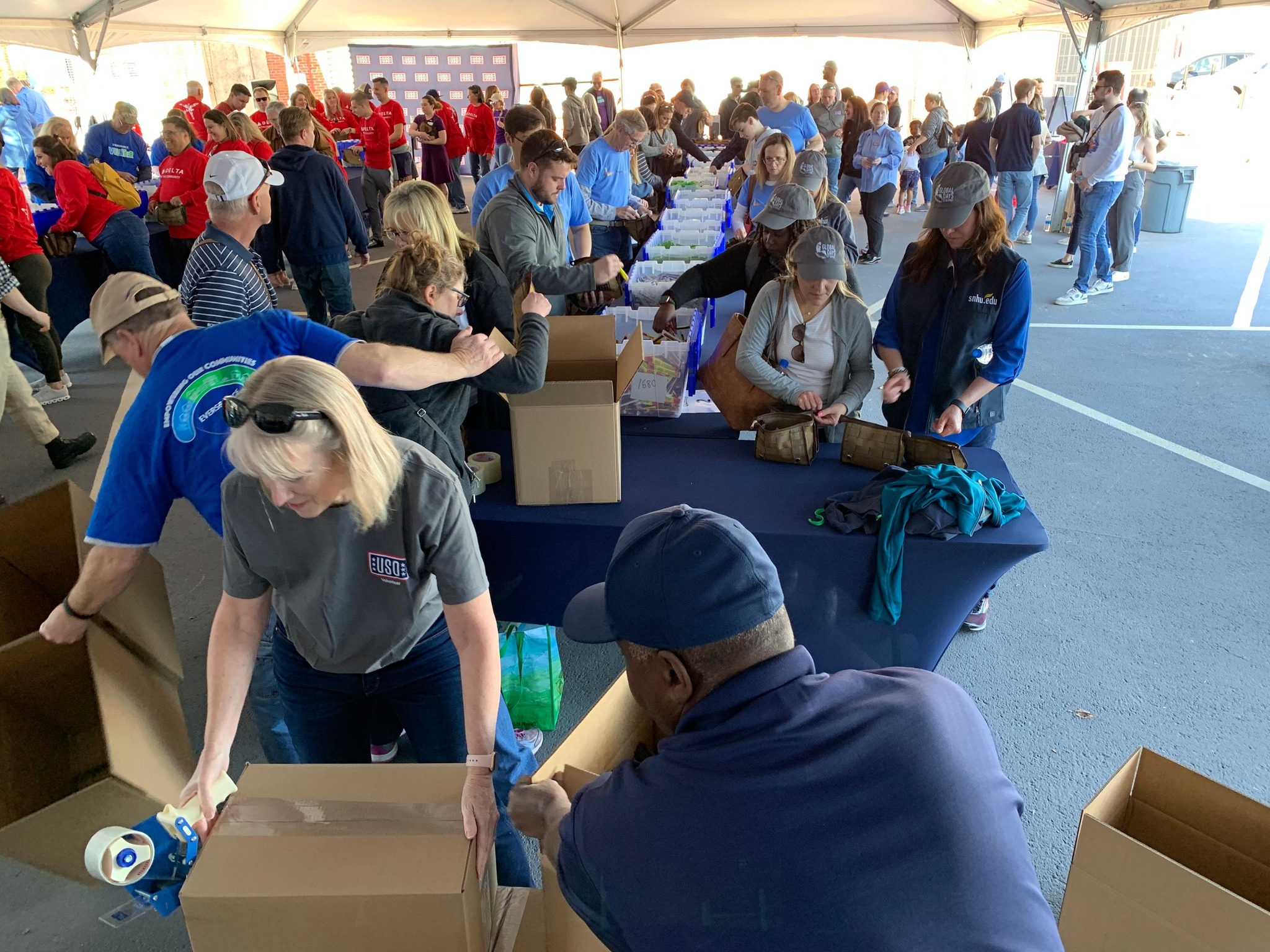 Like in years past, the weekend leading up to the marathon will include a care pack event at the USS Constitution. USO partners, sponsors, runners and volunteers will help build care packs that are sent to service members stationed around the world. It is a great way to kick off the marathon weekend, rally supporters behind Team USO and showcase one of the USO’s core programs.

The USO is well represented on the marathon route and on the sidelines. It has become tradition for Team USO supporters to gather at the Natick VFW located at Mile 9 to cheer on the racers and enjoy a festive viewing party with snacks, music and entertainment.

The USO looks forward to another fun and successful marathon weekend this April. To support this year’s team visit: bit.ly/TeamUSOBostonMarathon