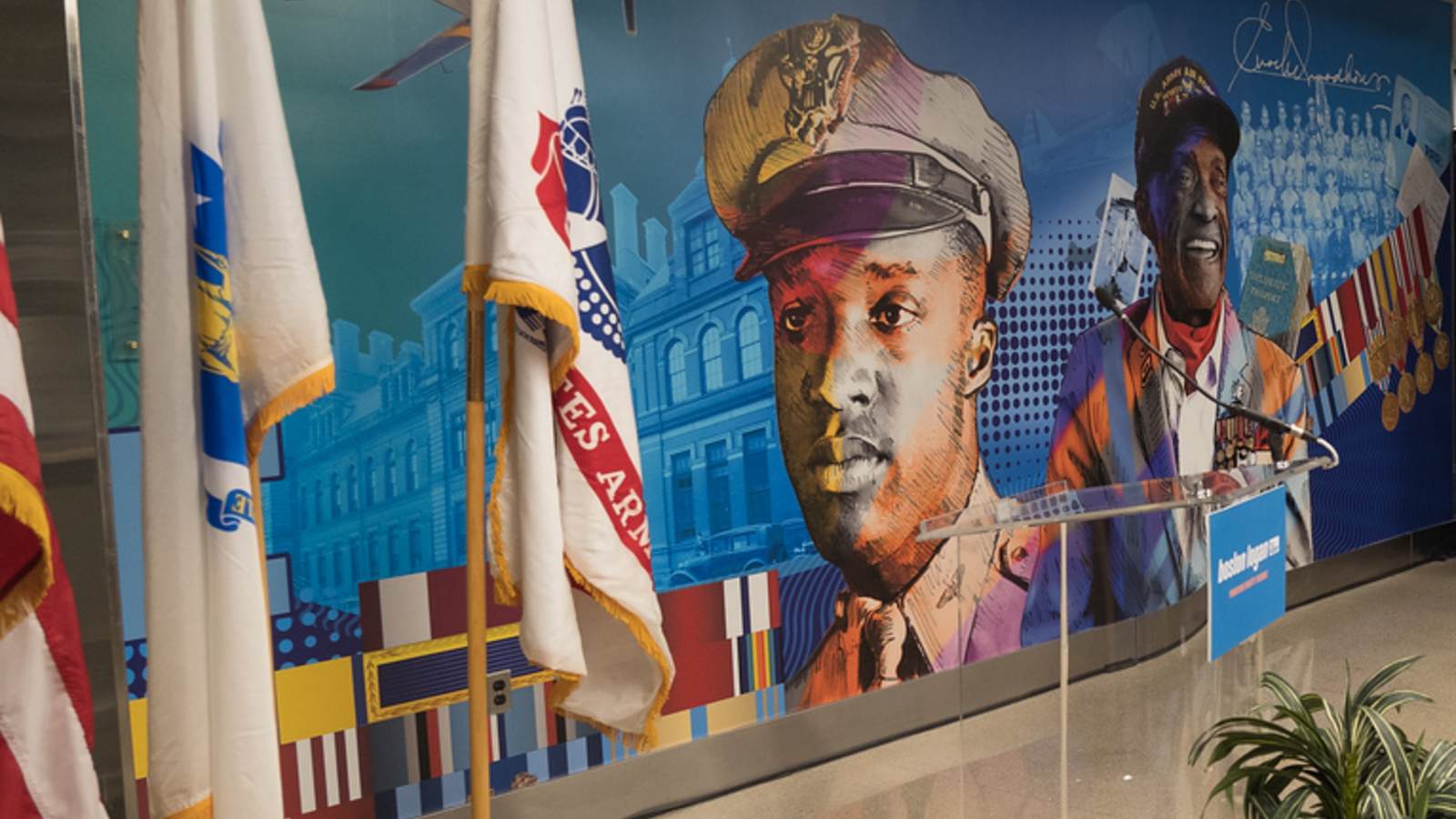 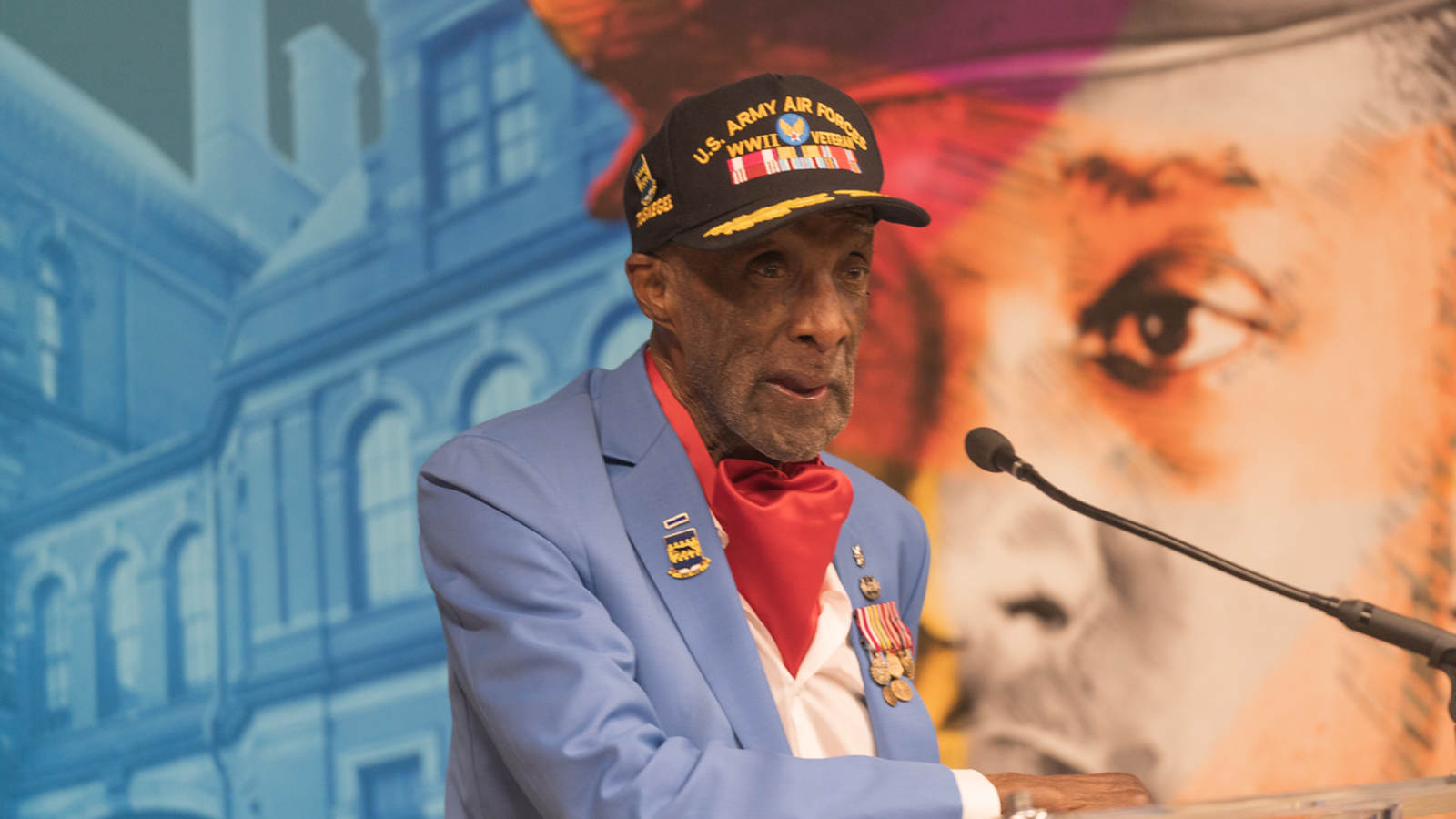 When you make your way to the USO center at Boston Logan International Airport, you will now be greeted by a mural of World War II Tuskegee Airman Enoch O’Dell ‘Woody’ Woodhouse II. The project was initiated by the governor’s office and designed by creative agency Street Theory to honor one of the few surviving members of the Tuskegee Airmen. The mural was unveiled on Oct. 3 at a ceremony outside the USO center where the 95-year-old was also promoted Brigadier General of the State Militia. 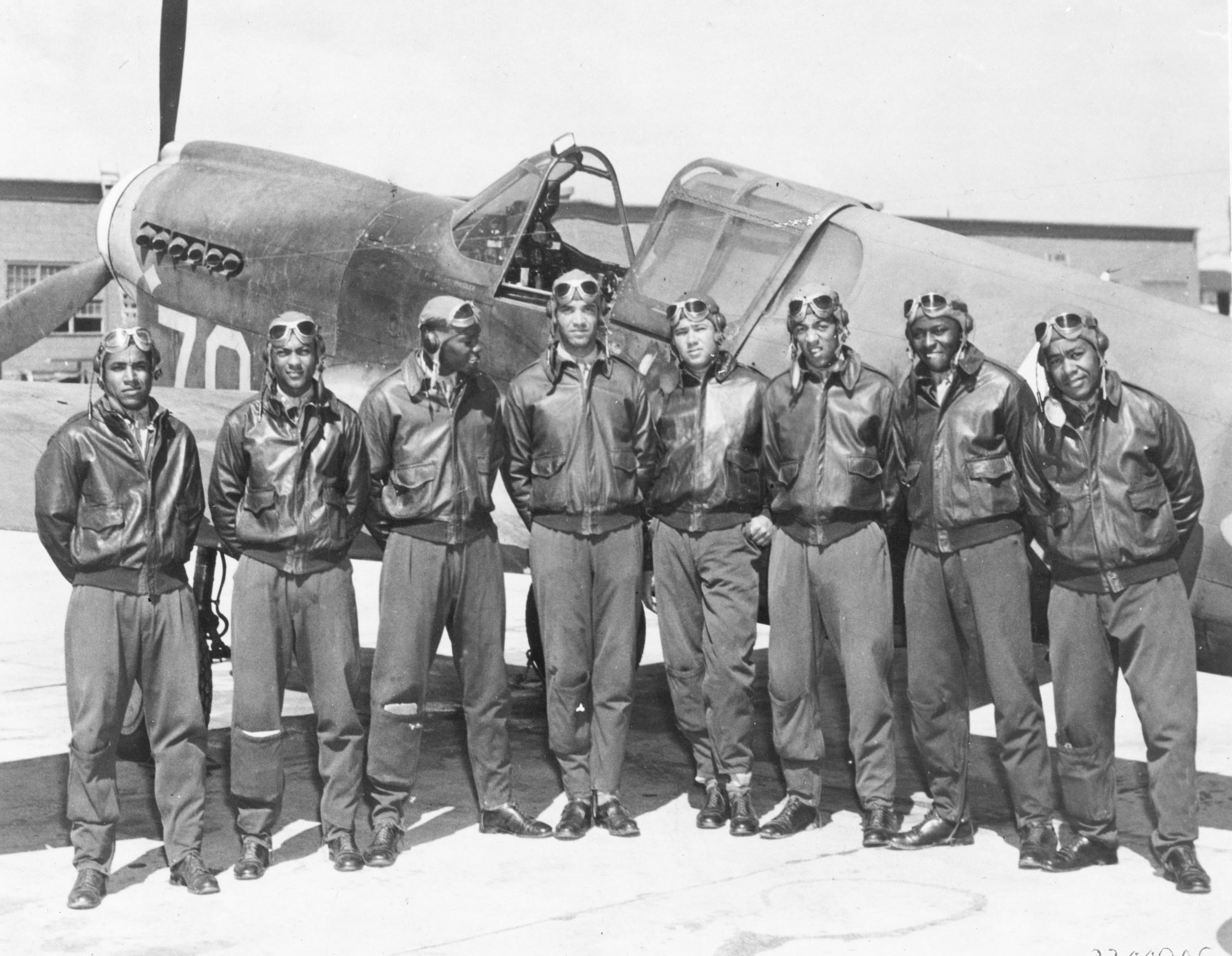 Photo Credit: Arit Essien | The USO is a not-for-profit organization and not part of the Department of Defense (DoD). The appearance of DoD visual information does not imply or constitute DoD endorsement.

The Tuskegee Airmen were the first all-Black aviators in the U.S. Army Air Corps and were named after the place they trained: Tuskegee, Ala. Over the course of WWII, they were credited with flying more than 15,000 sorties across Europe and North Africa. The unit is also known for helping pave the way for integration in the military.

Woodhouse enlisted two days after graduating high school in May 1944. After attending Officer Candidate School, he was assigned to the 332nd Fight Group – better known as the Tuskegee Airmen. Considered too young for combat, Woodhouse became a Finance Officer and served as paymaster for Lockbourne Air Force Base, which is now known as Rickenbacker Air Force Base. He was discharged from active duty in 1949 but joined the Air Force Reserve where he served as the first Black JAG officer at Hanscom AFB. He retired from the Reserves as a lieutenant colonel in 1972.

Woodhouse will be the first to tell you the USO played a special role in his military career. He’s admitted to seeking out every USO center on bases throughout his career due to the compassion and welcome he received from his very first visit to a center. Throughout his life, Woodhouse has consistently and passionately supported the USO and volunteered any chance he could.

In the 90s, he served on the USO New England charter board of directors where he dedicated his time to informing civilians about the organization’s mission and the important role it plays in the lives of service members and their families. He stepped down from the board in 2010 but continues to serve as an ambassador for the USO.

Woodhouse has been extremely generous with his time. He is always willing to fulfill speaking engagements and relay his knowledge to service members stationed in the area. Woodhouse also stays connected by appearing at special events at the USS Constitution and participating in USO events, both live and virtual. 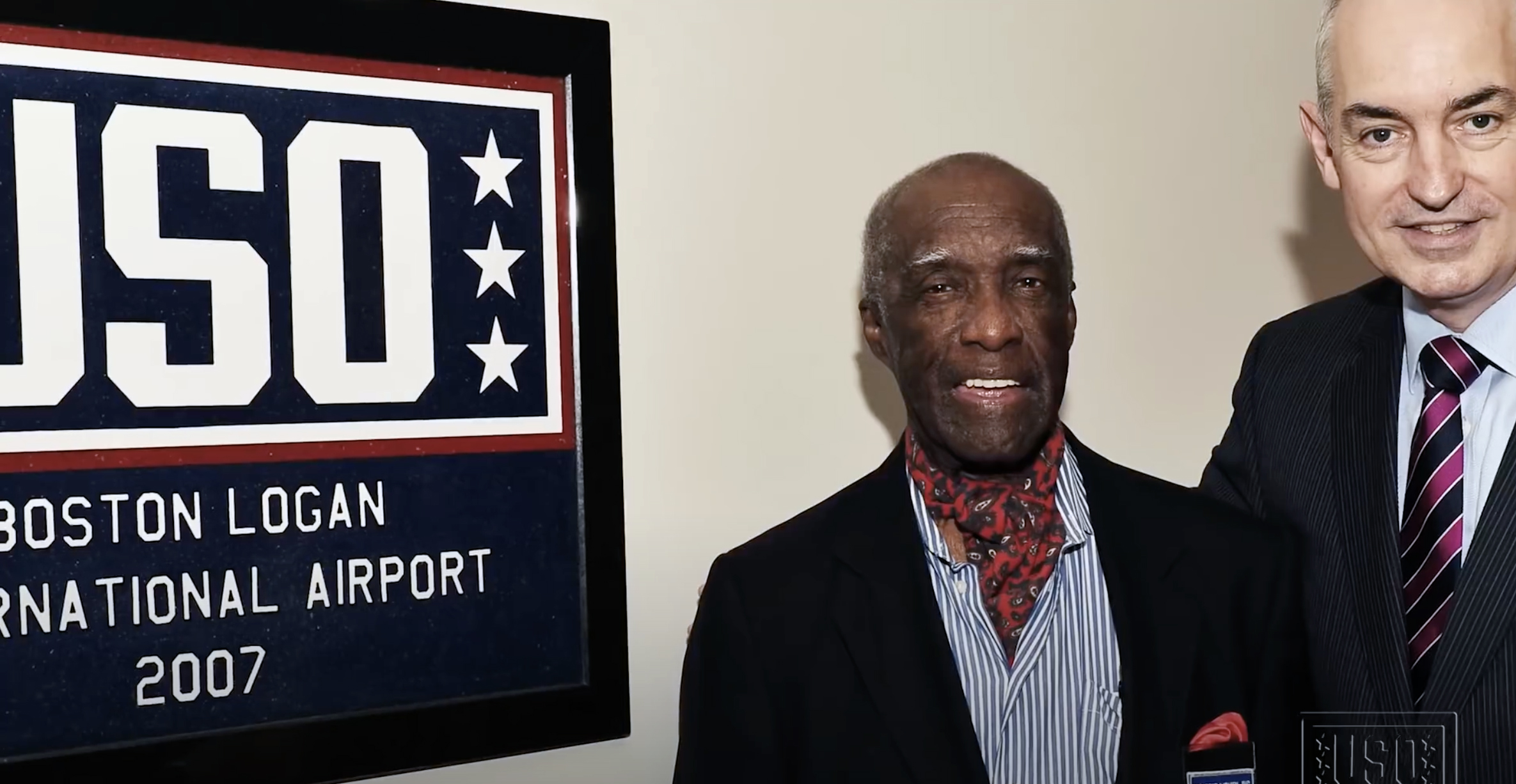 USO CEO and President Dr. J.D. Crouch II with Woodhouse at the opening of the new Logan center

The self-proclaimed “local guy” was, of course, present at the opening of the new USO center at Logan airport in 2014. It seems most fitting that the mural is now displayed on that same center.