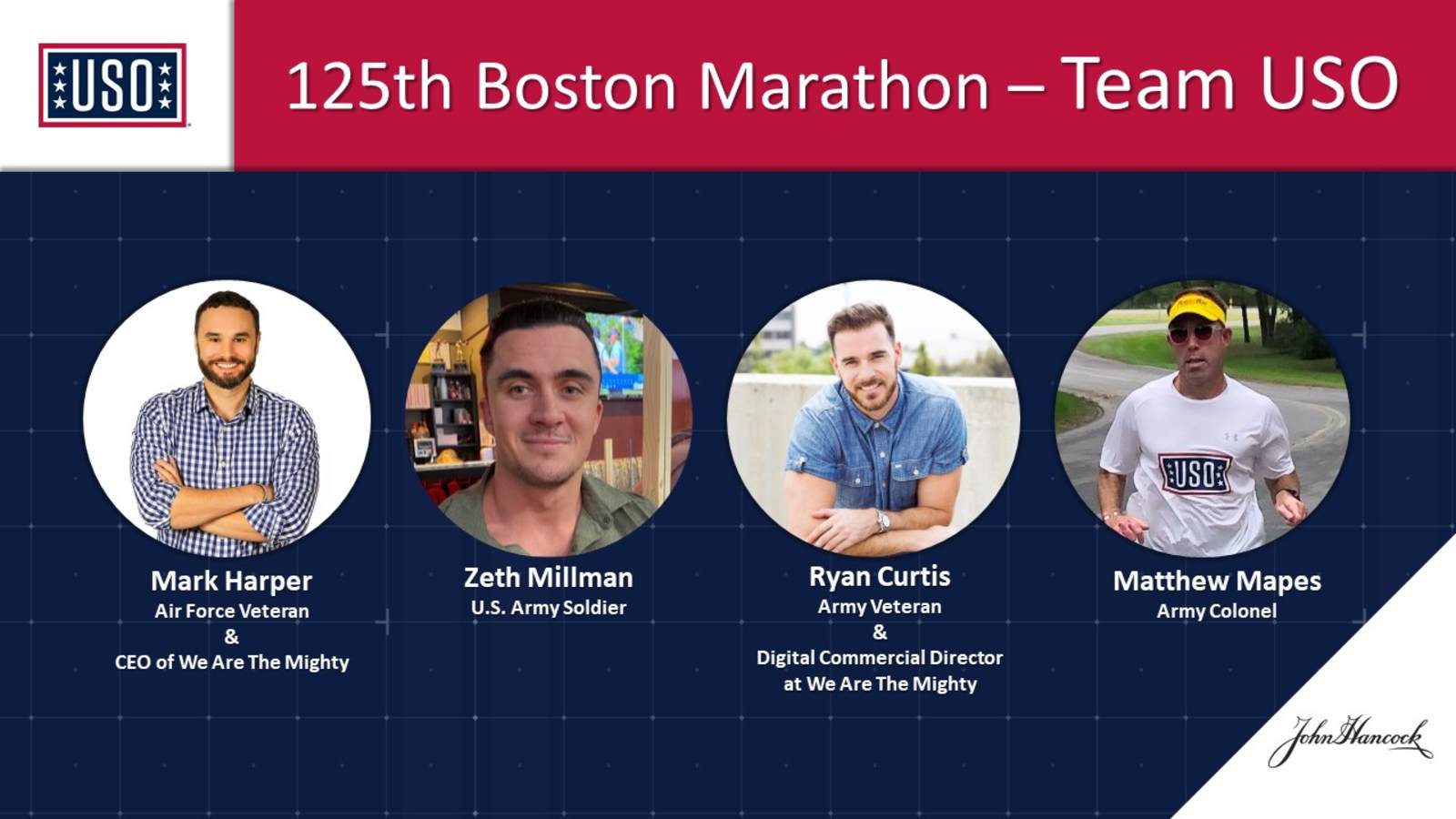 The iconic Boston Marathon will feature veterans and service members championing the mission of the USO as they run this year’s race on Oct. 11, 2021. The runners, some of whom work for the veteran led We Are The Mighty media and production company, have set their sights on raising more than $60,000 for the USO. Those funds will go to serving our Armed Forces and their families through USO programming and activities.

Mark Harper: Air Force veteran and current CEO of We Are The Mighty, Mark Harper spent the bulk of his military career leading deployed Combat Camera photojournalists before bringing his passion for compelling visual storytelling to We Are The Mighty.

Ryan Curtis: Ryan Curtis served as a Staff Sergeant in the United States Army for eight years and is currently a Digital Commercial Director at We Are The Mighty.

“The USO is honored to be represented by these runners—whose selflessness, strength, and dedication to their country are unparalleled—in the 2021 Boston Marathon,” said Rebecca Parkes, USO Regional President for the Northeast Region. “Their participation and dedication to the USO will help us continue standing by service members and their families at every step of their military journey.”

The USO has received four invitational Boston Marathon entries from the John Hancock Non-Profit Programs each year since 2018. Funds raised help further the USO’s mission to keep the military community connected to family, home, and country.

“The opportunity to support such an incredible organization so dear to the military community was simply something I couldn’t pass up,” said Mark Harper, current CEO of We Are The Mighty. “I’m honored to run with them.”

“Running the Boston Marathon has always been goal of mine,” said Ryan Curtis, Digital Commercial Director at We Are The Mighty. “Growing up in Massachusetts and watching the marathon while I was young brings back such great memories. Now, I have a chance to run one of the greatest marathon events in the world with the USO. I’m incredibly grateful for the opportunity.”

The USO is grateful for the support of Stop & Shop—which has partnered with the USO for nearly a decade, raising more than $5 million to date—as well as Nussbaum Shunnarah Trial Attorneys, Covington Associates, and Colliers, who are sponsoring the 2021 USO runners’ bibs.