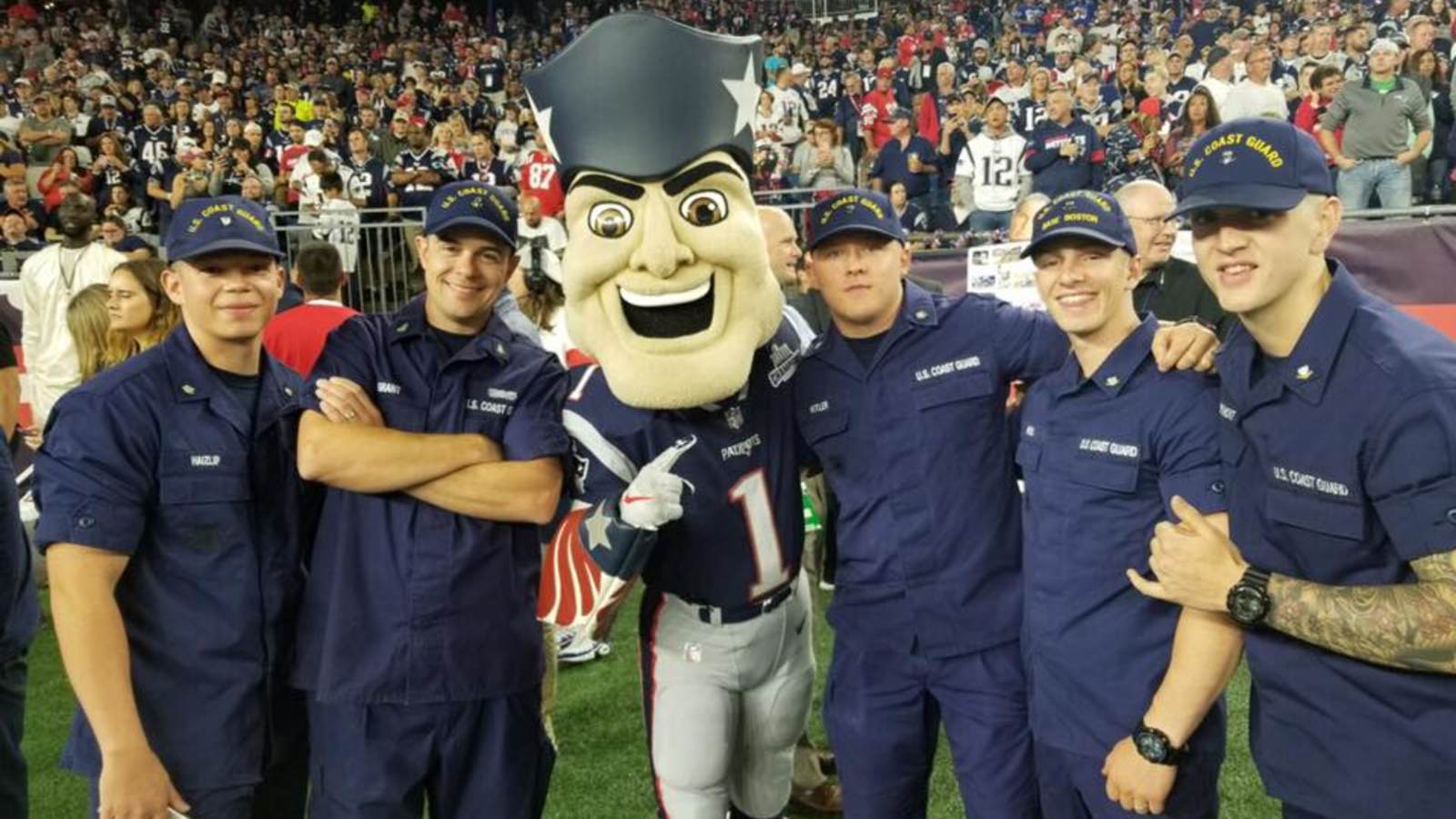 US Coast Guard members at the Patriots home opener. 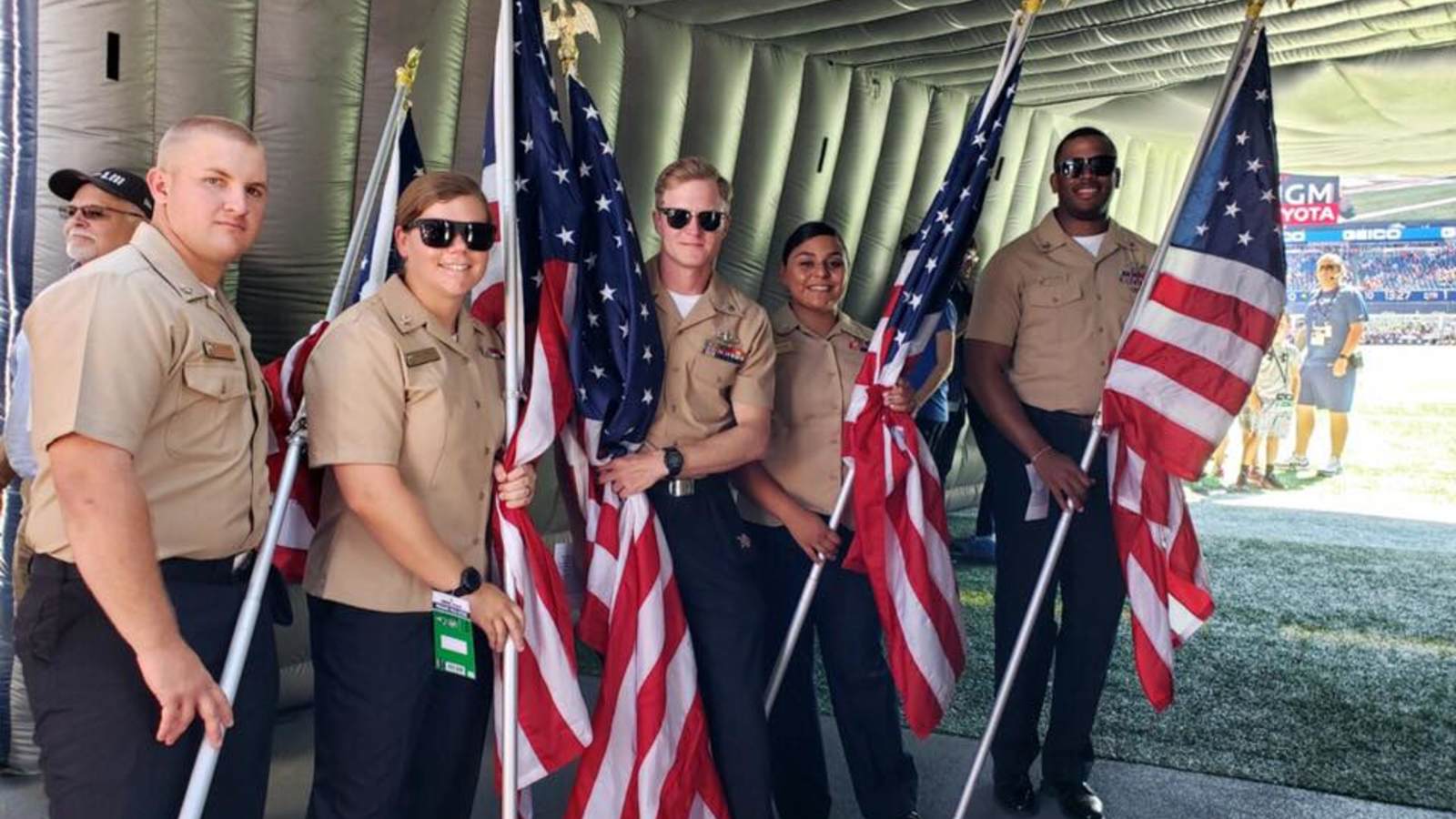 Sailors from the USS Constitution prepare to run flags onto the field at Gillette Stadium. 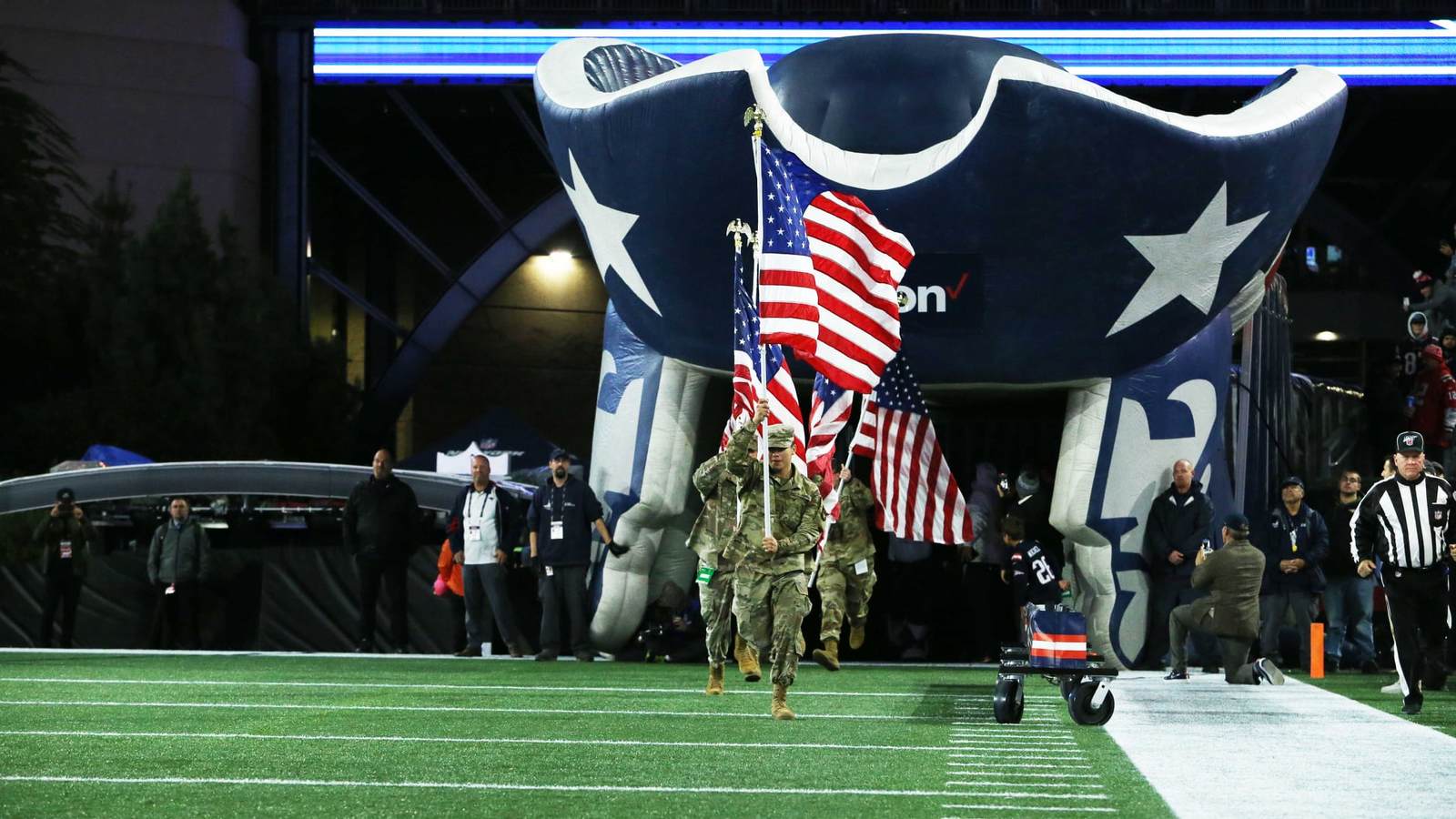 It’s officially football season, and in New England that can only mean one thing…GO PATS!

The New England Patriots are a long-time USO partner and dedicated force behind the forces. Throughout the fall, several service members have had the once-in-lifetime opportunity to join the Patriots at Gillette stadium to run American flags on the field and enjoy the game from the Row of Honor.

Thank you, New England Patriots, for your ongoing commitment to supporting our troops and their families…and GO PATS!