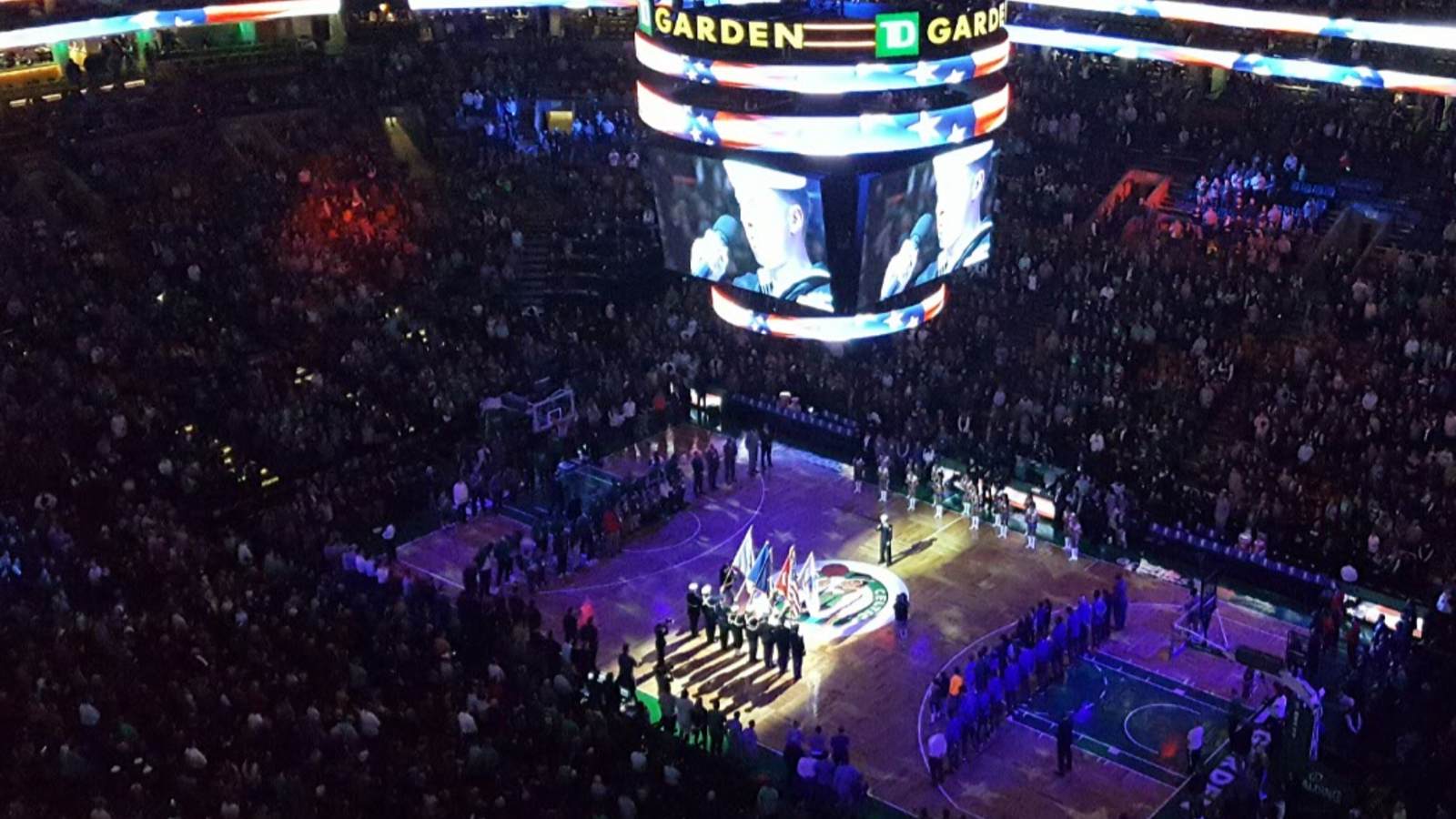 On January 30th, USO New England once again teamed-up with the Boston Celtics for an exciting game night honoring service members and military families. At their annual “Seats for Soldiers” it was a night was filled with special VIP fan opportunities including taking part in the “High Five Tunnel” with players as they came on court, a half-time service member scrimmage, and a post-game shoot around on the famed, TD Garden “parquet floor” where over 100 service members and their families were able to be a part.

The evening began with a thunderous applause for US Navy First Class Petty Officer, James Hough, who delivered a heartfelt National Anthem. Local service members, who were deployed overseas, were seen live on the jumbotron throughout the game from a viewing party they were attending at USO Camp Arifjan in Kuwait. The live connection was made possible by HB Communications & StarLeaf.

Families of the deployed service members were invited to a pre-game video conference with their loved ones, which included Celtics Point Guard, Avery Bradley and Celtics legend, Leon Powe (see related story), who spoke live with the troops.

Over 1500 service members and families enjoyed an exciting evening and fantastic seats and suites generously donated by Celtic’s season ticket holders and the Shamrock Foundation.