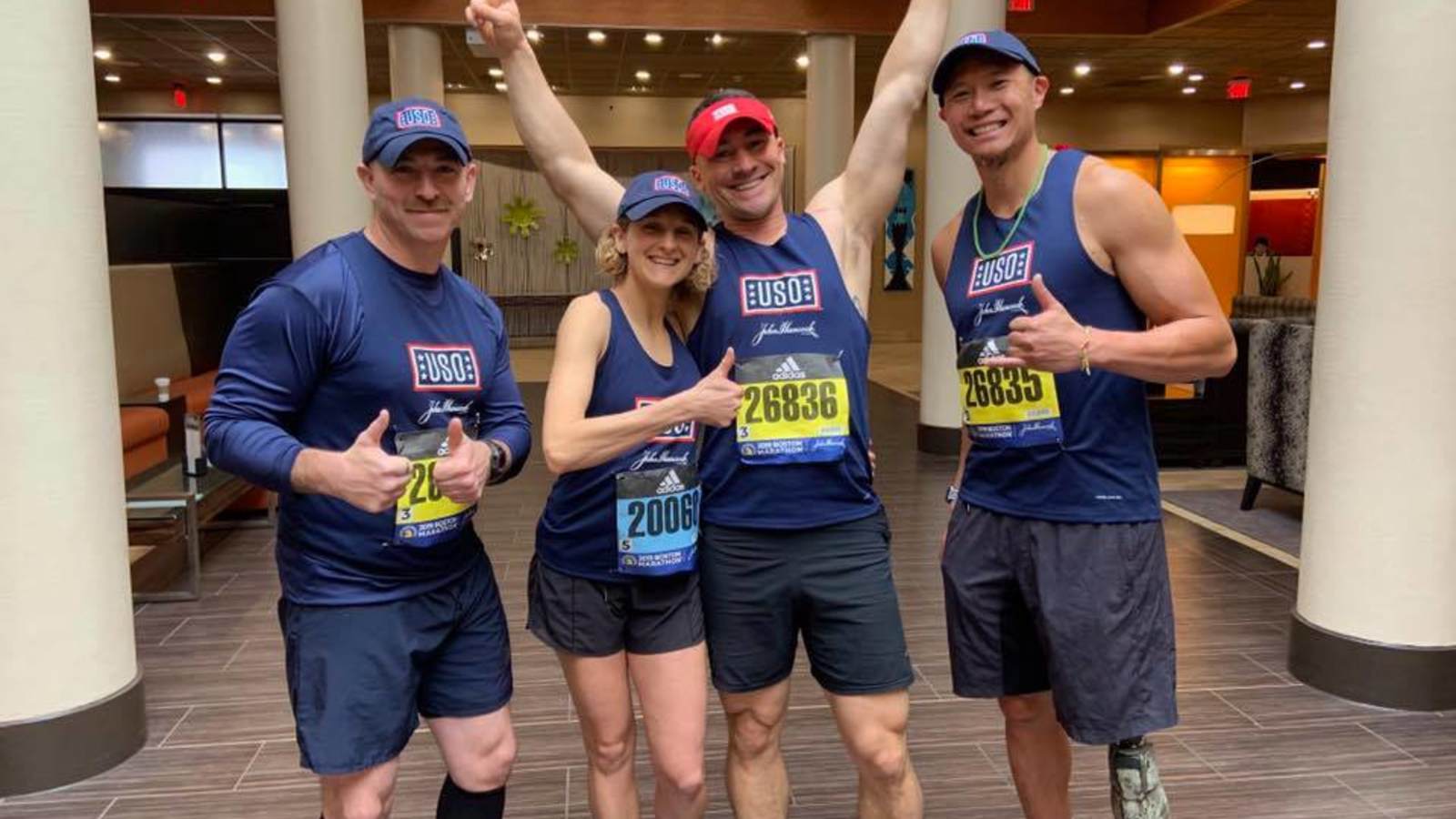 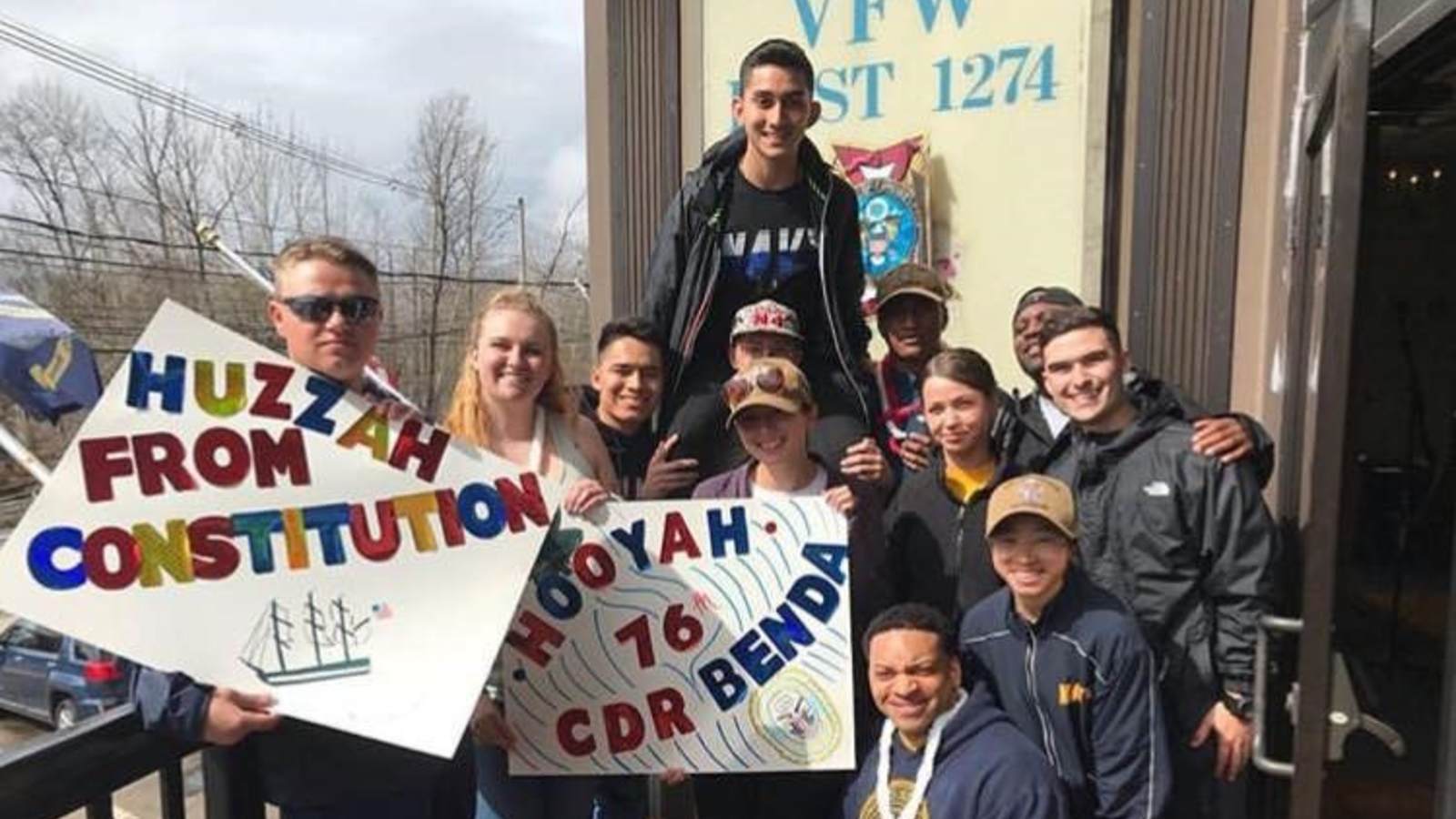 Team USO was once again proud to represent in the Boston Marathon, the longest continuously running marathon in the world. This years’ team was comprised of a two-time Paralympic Gold Medalist and Army Veteran, a Marine Corps Major and his awesome spouse, and a Navy Commander.

On Marathon Monday, USO New England hosted a viewing party at VFW Post 1274 in Natick on Mile 9 of the marathon route. The party featured a performance by The Band Steele and lots of enthusiastic supporters for Team USO, including plenty of USS Constitution sailors out to cheer on their XO.

All four members of Team USO crossed the finish line and combined raised over $60,000 to support USO programs! Congratulations Jen Lee, Commander John Benda, and Major Andy and Elizabeth Koch – we are SO PROUD to have had you represent Team USO in the race today, and every day in your service to our country!