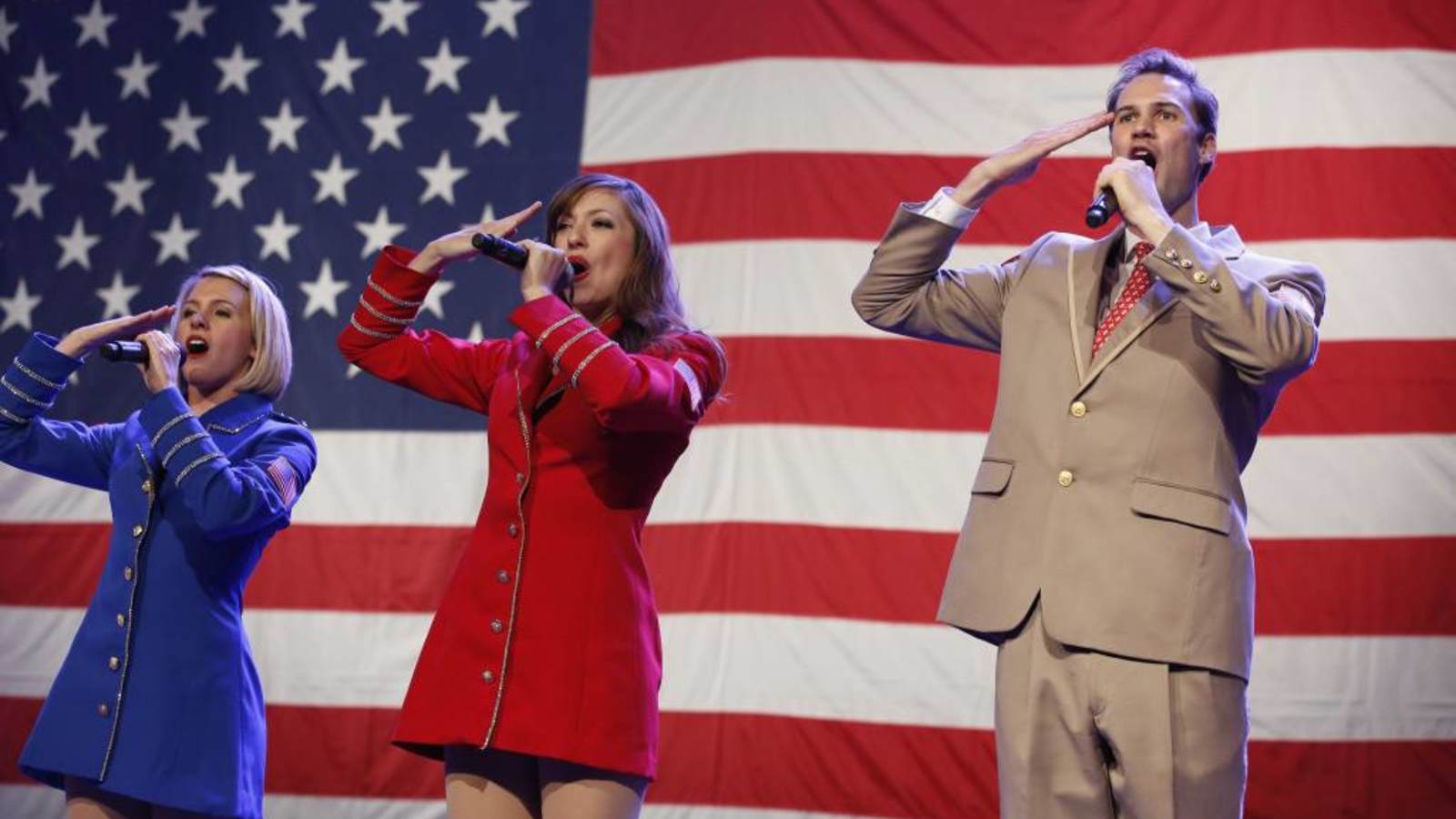 It’s a rare occasion to see some of the nation’s best country songwriters backed by one of the East Coast’s best symphony orchestras. That’s exactly what happened on June 14, in celebration of Flag Day, when Boston welcomed Nashville’s Music City Hit-Makers Brett James, Hillary Lindsey and Gordie Sampson to Symphony Hall for a patriotic performance with the Boston Pops in front of more than 200 military and community supporters.

“Tonight we not only honor our nation’s flag on Flag Day, but also those who stand to defend it,” Boston Pops conductor Keith Lockhart told the audience. “Seldom have we been tested more than we have been recently and we have been reminded how precious our freedom is. This freedom so treasured by all of us.”

Friday was also the Army’s birthday and the 20th anniversary of the Battle of Mogadishu, the engagement made famous in the book and film “Black Hawk Down.” USO tour veteran and country music artist Keni Thomas, a decorated combat veteran of the 75th Ranger Regiment, fought in that historic battle. Since leaving the military, he has given back with more than 100 appearances, including six tours with the USO.

“When you go over there you know it’s going to be a ‘thank you’ fest, you know, ‘Thank you for your service, thank you for everything you do,’ but it really changes you,” Thomas said. “For the USO to give us that opportunity … we’re so very proud to represent America and all of you. Thank you for donating to the USO and making it possible for us to go over there.”

After Thomas performed the “Star-Spangled Banner,” the Pops performed other classical patriotic scores like “America the Beautiful,” as well as music from Boston Pops alumnus John Williams’ score for the film “Lincoln.” The Music City Hit-Makers, who collectively have composed more than 20 Billboard-charting singles, performed a selection of their tops hits, sharing the stories behind how each song was born.

“It was an amazing experience to be here with the Boston Pops, first off, but to have that attached to playing for the USO and the incredible military people who serve for us was over the top – an over the moon experience – so thank you for having us,” Lindsey said.

“It is an amazing night when you can bring together the Boston Pops and Nashville’s best to perform for our heroes on Flag Day,” said Alan Reyes, USO Senior Vice President of Operations. “We are so grateful to the greater Boston community for their support of our troops.”

Servicemen and women from all branches of the military attended, and proceeds will benefit the USO New England, which serves more than 40,000 troops and military families each year.