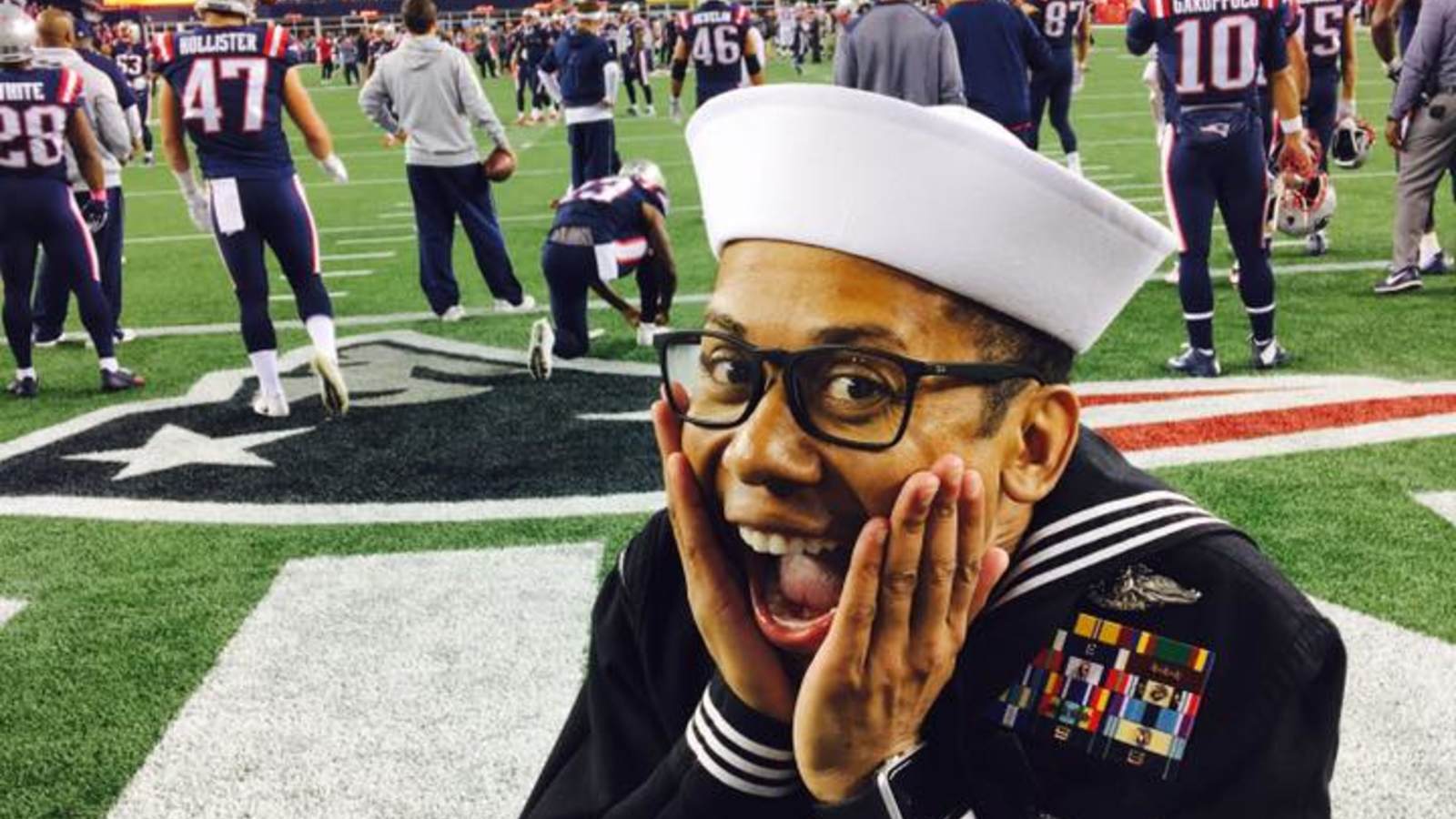 200 service members had an amazing VIP experience on Sunday, October 22 at the Patriots/Falcons game. NE Patriots players and coaches wanted to express their appreciation to those serving our country and became a “Force Behind Our Forces” when they purchased 200 seats to host the service members as their guests.

USO is a community partner of the NE Patriots and coordinated Soldiers, Marines, Sailors, Airmen and Coast Guard from the six NE states, most of whom have undergone recent deployments, to attend the game.

They enjoyed a Tailgate buffet, pre-game on-field experience & ceremony where they were honored, and of course had the fun of watching the Pats drive home another win!