Salute to Heroes Event with the New England Revolution 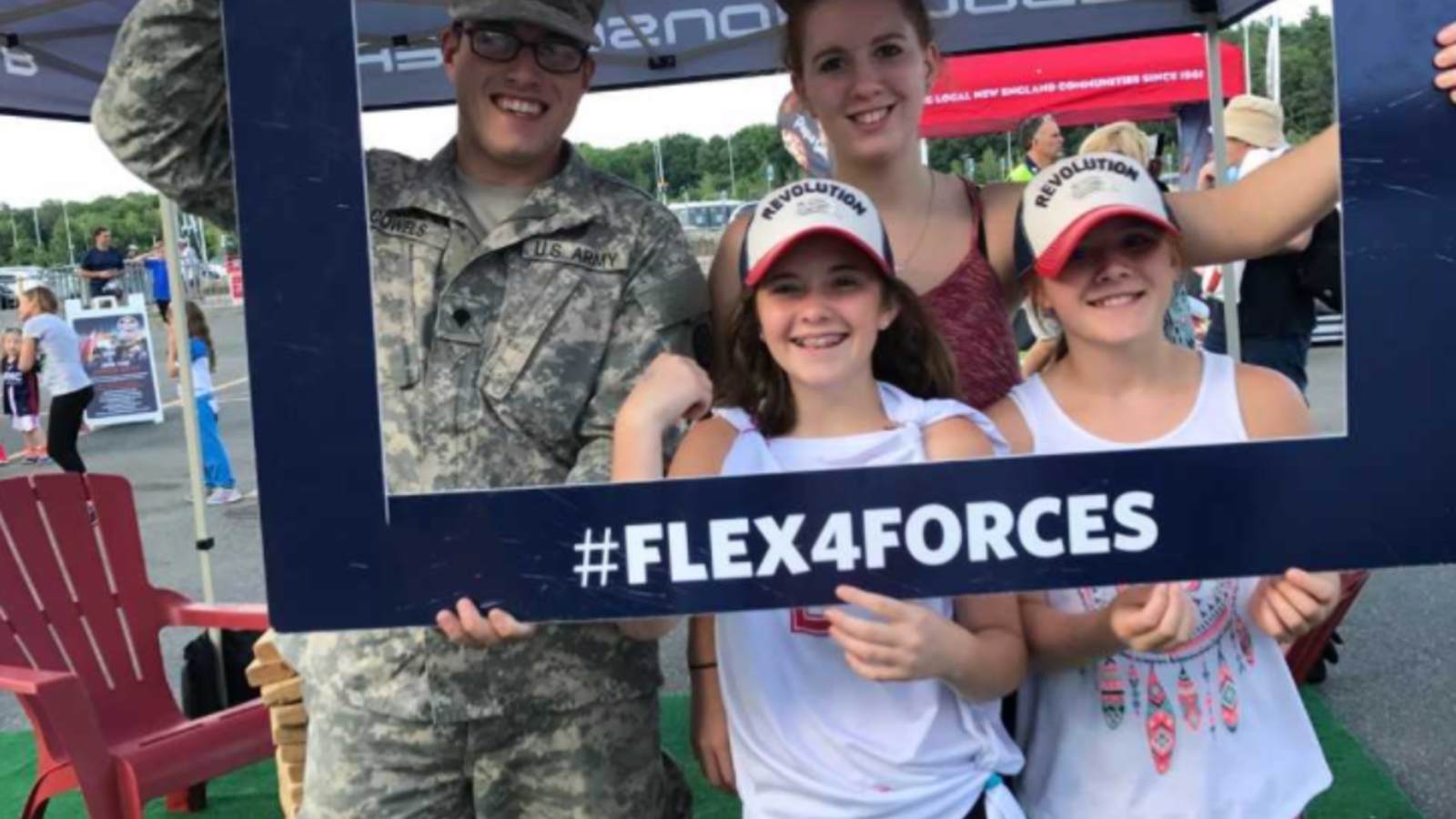 On Sunday, May 21st USO New England teamed up with the New England Revolution soccer team for their 5th annual “Salute to Heroes” event at Gillette Stadium. Soccer fans found lots of exciting this to do and see pre-game in the Fan Zone. Pageant title holders from all over New England were there greeting military families. They also got to check some vintage, Red, White, and Blue Classic Cars, visit booths hosted by local military recruiters, and take part in many other activities and complimentary raffles. The 215th Army Band joined us with a Dixieland ensemble and put on an awesome performance for the crowd! At the start of the game, the First Battalion, 25th Marine Regiment presented colors, as military families unfurled a giant US flag on the field! Five female soldiers had a birds-eye view from their seats in the Row of Honor. Many families were also able to take part during game kick-off in a Rally Tunnel as players stepped onto the field. Service members enjoyed a half-time tug of war, and a post-game meet and greet with the Revolution players on the field. Over 1,200 complimentary tickets were given to military members and their families. Many thanks to the Kraft Organization and the amazing, supportive NE Revolution staff and their players of the Revolution for a great day in honor of those serving our country and their families! GO REVS!!!!